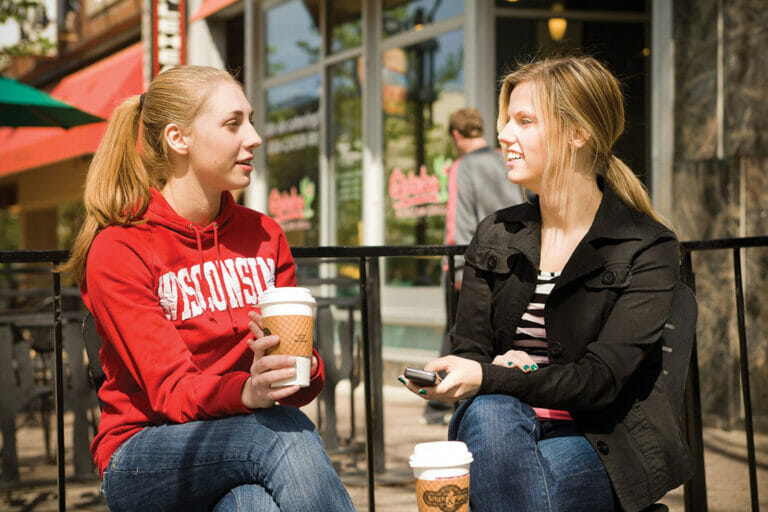 It’s a new year, and you’ve arrived back in town, hoping that you can overcome the roommate problems you had first semester. Even though the number on the calendar might have changed, it’s the same old story with the same old problems. So what can you do?

Let’s start by identifying how you may have handled (or mishandled) the roommate conundrum in the first the semester. Here are some typical missteps roommates make when it come to resolving problems:

The second semester is now underway, and none of the above tactics seems to have worked. Here are some ideas on how you can resolve the following issues:

Not friends, never will be.
After a full semester, it’s become painfully obvious that you and your roommate aren’t great friends. In fact, you’re not friends at all.

The key here is to recognize that just because you’re not great friends doesn’t mean you can’t be great roommates. You can each have your own set of mutual friends, but what’s important is that the two of you co-exist as roommates. That means you respect each other and are mindful of things can cause the other person stress.

If one of you is slipping into the game-playing mindset of “I’m going to make my roommate’s life hell,” trying to punish him/her for all the ways you feel you’ve been wronged, STOP! One of you must provide the reminder of how much better life could be, even if you’re not friends, if you didn’t have the same stress you did first semester.

Sleep schedules that are a mile apart.
You are a night owl. Your roommate is up at the crack of dawn. With these two opposing schedules, it never seems like the first semester neither of you got in enough sleep or studying. Something’s got to give. But what?

As is the case with any two conflicting points of view, the way to resolve the issue is with compromise. Don’t think in terms of win, think win-win. What can be done to ensure you both come out ahead?

Arriving at that “win-win” means you’ll both be required to make some small behavior changes. Perhaps establish a designated sleep time, and anyone who wants to study outside those hours has to move to a common area.

Start small. You can’t expect the other person to give up their lifestyle. You can expect your roommate to make accommodations.

Simple fixes people forget about: black-out sleeping masks, earplugs, and compromises around common space. It’s a lot easier to study in a coffee shop, living room, or library—the bedroom is kind of meant for sleeping!

Nasty comments behind your back.
Throughout the first semester, you may have heard this from friends or people on your floor: “Did you hear what your roommate just said about you?”

There’s nothing quite as frustrating as hear your roommate rip you behind your back, or shred you on Facebook without talking to you about the problem first.

This is a pretty common (and frustrating) manner in which people deal with conflict. Don’t get sucked into the game. While it might be just as easy to gossip or put out your own negative Twitter or Facebook messages, no one wins in the long run.

Instead, take the high ground, and meet with your roommate face-to-face. Try not to let your temper enter into the discussion. Your roommate might have been talking behind your back because she/he hates conflict and doesn’t know of a constructive way to deal with the issue. So prove that you do.

If you’re the type of person that wants to be the “winner,” then win by being able to facilitate a conversation about it where you both come out without negative feelings moving forward.

Not only are you practicing skills you’ll need throughout life, you’ll also get the satisfaction of knowing you were capable of controlling that situation whereas your roommate didn’t have the interpersonal skills.

You both lose if you get into a passive-aggressive squabble for the next 5 months. Your life will be messy and stressful. Quell the problems now, and you’ll be able to move forward with peace of mind and more importantly, harmony in your home.

All the cleaning is done by you (still).
An entire semester has gone by, and you’re still doing the bulk of the cleaning in the house. Your roommate may adhere to a minimal cleaning arrangement, but really you’re handling the lion’s share of the cleaning.

What should you do? Ignore the mess? Slam cabinets while your roomie is watching TV?

It’s highly doubtful that either of those actions will yield the desired result. So consider plan B: Let the chips fall where they may. Come up with a schedule in which there is some sort of consequence for people failing to hold up their end of the bargain.

Perhaps if your roommate misses a night of dishes, they get two extra nights as a result. These “consequences” can be a little tricky; you’re not your roommate’s parent, so they’ll likely laugh at any complaints you lodge.

If there are things that you suspect are driving your roommate crazy, use them as leverage in a give-and-take arrangement. Sure, you’ll have to alter some of your habits, too, but at least you’ll see improvement in your roommate’s behavior!

It may be easier to find common ground. Perhaps asking for a daily vacuum and a house wide dusting is a little extreme. See if you can bend your sense of clean to match your roommate’s fondness for a pigsty. A balance exists somewhere in between.

Annoying habits have become even worse.
Are you dreading another semester of your roommate’s constant knuckle cracking driving you berserk?

Or how about his or her obsession with a neatly organized refrigerator?

Or perhaps the boyfriend who continuously sleeps over (and eats your food in the morning?)

These are the little powder-keg issues that can blow sky high over time. This semester, instead of letting these problems fester, try and bring them to the forefront.

Set up a meeting at the beginning of the semester, a kind of “clear the air” get-together where you review the issues of the past semester. Be humble in your approach: “I’m sorry, I should have talked to you earlier about this, but these are some issues that I’m having problems with.”

This will be a two-way street. Expect your roommate to counter with his or her pet peeves, and be prepared: They may sound unreasonable or outlandish, but hey, you’re going to have to give something to get anything in return.

The key to any of these issues, and to any problems that might materialize moving forward, is to understand your conflict resolution style.

We encourage you to download our guide “Roomies Reunited: A Quick Guide to Ending Roommate Conflicts” and share it with your roomie. Once you understand how you and your roommate resolve conflict, then finding ways to reach a solution becomes much easier.

How to Meet People at Your New Apartment