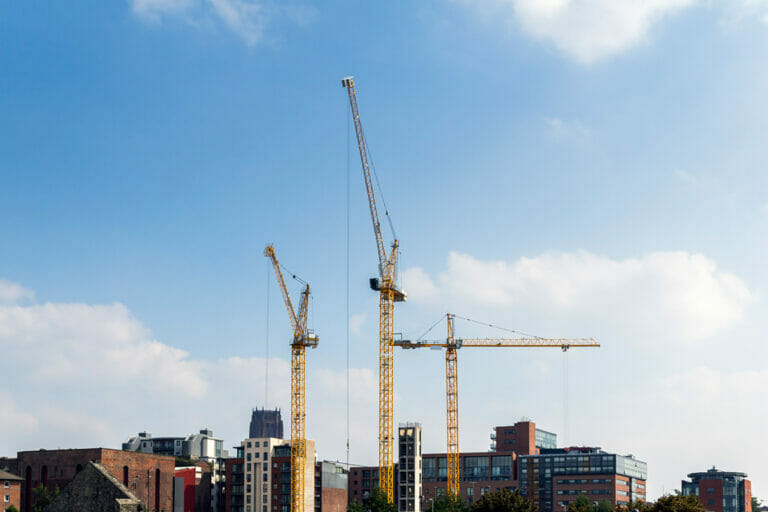 Young Professionals Fueling Madison Apartment Construction Boom: What Does it Mean for Renters?

A recent report from the City of Madison indicates renting has been on the rise since the recession of 2008. But what does that mean for you in terms of rent and availability for a Madison apartment?

In the 2015 City of Madison Housing Report on Market Rate Rentals, the post-recession years have led to a renting boom. The report states, “9 out of 10 new households added since 2007 have been renters.”

The report indicates four drivers have produced the trend:

We’re seeing more renters in Madison, who are willing to pay higher rents. “As a result, the market has seen rents rise and vacancy rates fall dramatically,” the report indicates. (Note: From our perspective these higher rents are connected directly to apartments in new construction. For the past two years Steve Brown Apartments rents in existing buildings have remained relatively flat.)

The result of this excess of demand is natural – more apartments.

A “healthy” vacancy rate for a city is generally considered to 5%. Madison historically has been in the 2-3% range, and that continues today. The construction of thousands of new units over the past years has balanced out the increased demand by renters.

Because the vacancy rate is in the 2-3% range, the city estimates 1,000 new units could be added tomorrow, without pushing levels to the 5% vacancy range.

That doesn’t mean the renting landscape isn’t more competitive. The “landlord’s market” is not nearly what it was back in the 1970s, when Madison landlords pushed slum-like properties upon a marketplace starved for rentals.

There has been an increase in the number of rental properties with higher rents. Apartments like the Hub and Varsity Quarter have low-end rents for shared rooms in the $550-600 range per person, which may be out of range for some students, as noted by the Daily Cardinal.

But more rentals means more competition. Some of the owners who might have been charging higher rents because of the market-shift since the recession now face increased competition in this price range.

They’ll likely either have to match the perks of the competition (we focus heavily on delivering exceptional service as well as the physical unit itself), or they’ll have to offer lower rent with less amenities. This should result in more vacancies at different renting price points.

However, availability and the type of apartments being built is a byproduct of the demand among a growing demographic that wants to live in the downtown area.

The report details many trends that have contributed to the increase in renters, but this fact seems to be the most telling: “It is clear that the surge in demand from 25-34 year olds and households with higher incomes are the major drivers of the current boom in the rental market.”

The graph below illustrates the trend.

The big influx of these young professionals, who are either working for Epic or diving into Madison’s thriving start-up community, are filling spaces in those higher price brackets.

In theory, the report states that those young professionals, if they stay with their companies, will eventually become homeowners. “However, if we continue to see significant job growth or turnover of those employees, rental demand should stay high.”

Our Forecast: What It Means for All Renters

These are good problems for a city to have — just ask the many struggling cities across America. But what will be the impact on the renter market for 2016? Here are some of our thoughts:

Naturally, this is just speculation and is all based on the health of the overall economy. But we believe the renting market will continue to improve for renters, providing you with more housing options for 2016 and beyond.

Should you buy or rent?

Download a FREE comparison tool to make the right choice!

17 Last-Ditch (and Somewhat Wacky) Ideas to Sublet Your Apartment