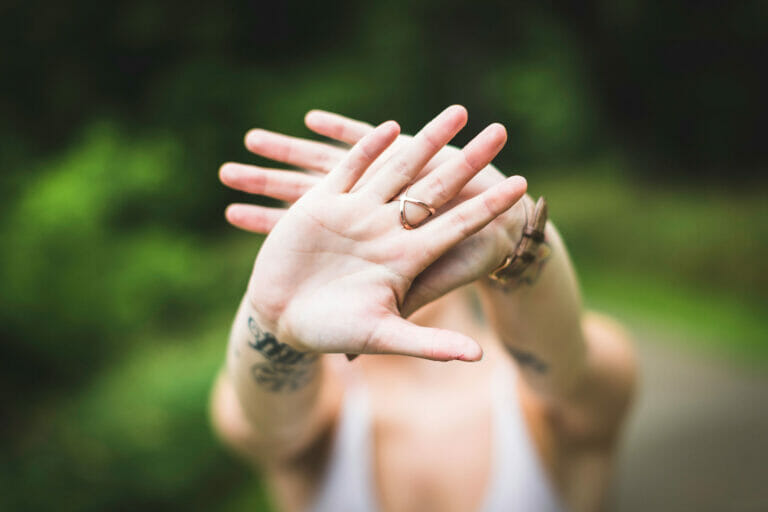 How Do You Get a Nightmare Neighbor Evicted?

There’s nothing quite worse than a Nightmare Neighbor. From being too noisy to engaging in illegal activity like dealing drugs, the Nightmare Neighbor makes life miserable for fellow renters. So how do you get them evicted and restore your sanity?

In this post, we’ll attempt to bring some clarity to a difficult situation, and hopefully provide you with some options. But be forewarned: This can be an extremely difficult process. It involves a person’s rights; the legal limitations a property owner must abide by; and the specific roles of all the players involved. In other words, don’t expect an easy fix.

Let’s start out with an example: The Nightmare Neighbor who deals drugs.

How do you know he’s a drug-dealer? Perhaps you see a lot of strange-looking people coming to the apartment. And maybe you notice some distinctively illegal smells coming from their place, in addition to the odd assortment of characters pounding on the door at all hours of the night.

What Should You Do?

Your first call should be to the police, not your property owner. This is a legal matter, and your safety is involved, so call the police first. Law enforcement officers are trained and have the resources to handle this type of situation.

Let’s say you’ve called the police. In the best-case scenario, the police arrive and arrest the Nightmare Neighbor. Your problem is solved.

But if the police don’t have any proof that the person is dealing drugs and the neighbor is allowed to stay, what then?

If you think that the owner should immediately evict the renter based on your complaint (and possibly the complaints of others) regarding the Nightmare Neighbor’s sketchy activity, you’re going to be disappointed.

We went to an expert in this area, Alyssa-Hellenbrand Best, Community Manager at Steve Brown Apartments. Okay, we’re a little biased in calling her an expert, but she does have 10+ years experience in property management.

And what has she come to realize after 10 years of these dealing with neighbor complaints? That it’s really difficult to evict for behavior.

“Behavior is subjective,” she said. “To take action, we need police reports backing up the claim of illegal activity, and other resident witness accounts. We would likely be unsuccessful in an eviction action without that type of documentation.”

If the property owner receives the complaints, has necessary documentation, and decides an eviction is in order, he or she can begin the eviction process. Here is an overview of how it works in Dane County:

1. A five-day notice to remedy default is issued to the renter. In the notice, an explanation of the default is included, along with a deadline of five days to remedy the behavior. “If they stop the behavior, there is no eviction and we go on with life,” Alyssa said. However, the behavior reoccurs, even after the five days, the eviction process can continue.

In the vast majority of these complaints, which typically tend to be noise-related, the neighbor is not aware he or she is creating a disturbance. The problem is usually instantly resolved – but not always.

2. The behavior continues and we file for eviction. If the renter does not resolve his or her behavior, the property owner can file for eviction. The owner must file a summons and complaint in small claims court. Paperwork is then served to the resident, summoning them to a court date 2-3 weeks in the future to discuss a pending eviction notice.

3. Contesting the eviction. If the court date arrives and the renter contests the eviction, a hearing is then scheduled to be in front of a judge. This hearing occurs 1-2 weeks in the future, and it’s where any witnesses will testify.

The renter then moves out. Based on his or her level of cooperation, this can be with or without assistance from a bonded mover and a sheriff.
Alyssa said that renters are typically unaware of the extent of the eviction process and the timeframe. “They might think we can just go to an apartment and say you have to leave now. But we can’t do that,” she said.

From start to finish, at the very least, it can be a month to six-week process. That’s if everything moves along according to the timelines.

Solving Problem Through Other Methods

Because of the length of the process and the amount of resources required, Alyssa said it’s preferable to use other means to solve the problem, if possible. Here are two potential remedies.

1. You resolve the problem with your neighbor. We understand that in the example of the drug-dealing neighbor, you won’t feel comfortable approaching your neighbor.

But in issues involving a barking dog or late-night music, Alyssa said the most effective method is to have neighbors communicate their issues with each other. “When the property owner gets involved, you tend to lose the chance for a more friendly interaction,” she noted. It’s immediately escalated to an impersonal or authoritative level.

Trying to avoid an adversarial relationship is critical, and it’s important that renters understand that the property owner has to be mindful of a renter’s rights.

“We don’t want people to have bad experiences,” Alyssa said. “But all of our residents have rights, even the not-so-good neighbors. We have to work within the boundaries.”

Imagine if your neighbor disliked your habits, and demanded you be evicted. You wouldn’t want your property owner to immediately act on that single perspective, would you?

One final note: If you can’t resolve the Nightmare Neighbor situation on your own, here are some phone numbers to help you. Remember, your safety is paramount, so if you feel immediately threatened, call the police first.

Get updates, ideas, news and more.

Graduated and Moving to Madison, WI – But Where to Rent?

How to Find a Pet-Friendly Rental in Madison