Top Roommate Memes (and How to Avoid Living with These People)

If you’re looking to save money on rent, sharing a lease with a roommate is a great idea.  It’s a horrible idea, however, if you pick the roommate from hell, as represented in this post’s Roommate Memes.   So how do you avoid these morons, er, people?

To choose wisely, follow our highly effective strategy, which is based on a simple premise:  Ask the right questions at the right time.

Before we explain the strategy, you need to understand the reason why roommates wind up in disputes.

The main reason behind roommate problems is that you and your roommates can’t resolve a conflict effectively.

In any relationship – couples, friends, parents – there will be conflict.

But think about the successful relationships in your life:  The reason why people stay together is that they make it through the tough times.  They’ve learned how to resolve their conflicts with each other and move on.

We’ve created a great guide to help you resolve conflict with your roommate, but that’s not the point of this post.  Our goal today is to help you to avoid typical roommate problems before they happen. Our sure-fire strategy is amazingly simple:  If resolving conflict is the key to a successful roommate relationship, then you need to address potential areas of conflict before you sign the lease.

That’s right.  Before you’re legally bound, you can tackle some issues that we’ve seen destroy roommate relationships.  In the process, you’ll not only prevent a destructive relationship, you’ll also put a few legal safeguards in place that can only benefit everyone down the road.

Once again, you must take these action steps before you sign the lease:

1.  Talk financials first.  The biggest cause of break-ups in marriages is money issues.  It’s right up there for troubled roommate relationships too.

So here’s what you do.  Sit down and establish who is paying for what before you sign the lease.  Go through each issue and establish some clear parameters:

For example, if the utility bill isn’t included in your monthly rent, establish that everyone needs to kick in an equal percentage.  For a security deposit, figure out
how you’re going to pay it, and how you’ll receive the refund.  For rent amounts on a joint lease:  Try and figure out exactly who will be paying what percentage for your monthly rent.

It’s a smart move to write out an agreement as to the different amounts, and have everyone sign the document.  This will be the only legally admissible document you’d have in case someone bails out of the apartment and sticks you with the full rent.  Note that a landlord won’t go after a person who leaves – since your name is on the lease, you’re responsible.

Red flag:  If a potential roommate gets picky about setting up ground rules for water usage or power usage, claiming “I don’t take long showers” or “I don’t have a TV,” “so I should pay less,” then you may have an issue.  Also be wary of the roommate who asks for a short-term loan to cover his or her portion of the security deposit.  This is not the right way to start out the relationship. 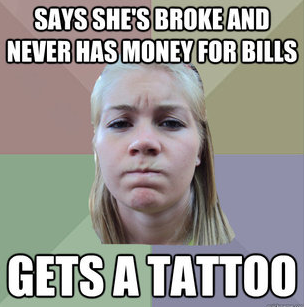 2.  Create a system for sharing items:  Who is bringing a TV?  The dishes?  The stereo equipment?  If you have a lot of DVDs, how will you keep track of who owns what?  If you can establish a system upfront, it can prevent some serious messiness down the road. 3.  Talk about a guest policy:  Does your roommate have a boyfriend/girlfriend?  Do they like to have people in from out of town?  Establish clear boundaries on how many overnights is too many.

Red flag:  If you get pushback from a roommate, or if they avoid the topic altogether, saying, “We’ll figure it out later,” stop the process.  Putting off the tough conversation will only make it more difficult.

4.  Set ground-rules for conversational discussion topics:  Politics and religion can be pretty hot topics.  Do you want to establish some ground rules about them?  Some people don’t mind spirited debate.  Others do.  Get it out on the table.

Red flag:  If you can feel your blood boiling when a potential roommate starts spouting off on politics or religion, this might not be a good match.  Chances are the issue is going to slip out, and unless you forbid the topic entirely, tempers could flare in the heat of the moment. Red flag:  First, you need to assess what you’re willing to deal with.  Can you cut a roommate some slack if you’re not in alignment?  If you find it’s a big deal with you or the roommate, don’t even bother moving forward. 6.  Set ground rules regarding friends and lifestyle:  It’s one thing to discuss overnight visitation.  But what if you flat out don’t like a roommate’s friends?  Be upfront with a potential roommate if you think this will be an issue.  If necessary, get some ironclad rules on visiting hours.

Red flag:  If someone snickers at your concerns and won’t recognize your feelings, then don’t just assume the issue will get worked out.  On the contrary, plan on it getting worse.

Put Key Tools in Place to Head Off Conflicts

You’ve focused on the key issues that can divide roommates.  If everything seems hunky-dory, then proceed with the relationship.

However, we would also recommend putting in a few extra tools to ensure everything proceeds without a hitch:

Dealing with roommate problems is no picnic.  It will cost you time and money, and cause you a lot of stress.  Be proactive and use the steps we described here.  Not only will you nip any problem in the bud, you’ll also cement a great relationship for the coming year.

And just for good measure, here are some more great roommate memes. How to Sniff Out a Sneaky Landlord in Madison

Get Smart about Renting!

Sign up for our monthly newsletter and you’ll also get full access to all Steve Brown Apartments renter resources, including our Subletter Guide and New Lease checklist!

You have Successfully Subscribed!